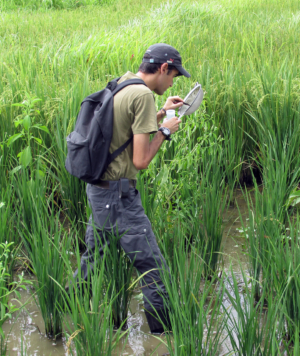 Résumé : Fasciolosis is an important food-borne parasitic disease affecting over two million people worldwide with economic losses related to cattle production of up to US$ 3 billion annually.

Despite the long known presence of Fasciola hepatica in the Caribbean islands its transmission is not well known. This study reviews historical and recent data on fasciolosis in the West Indies, revealing for the first time the outcomes of sympatric and allopatric fluke/snail interactions in the area by exploring the susceptibility of four lymnaeid species after exposure to F. hepatica isolates from Cuba, the Dominican Republic and France.

Overall, Galba cubensis showed a mean prevalence of 71.8% and appears to be the most suitable intermediate host species irrespective of the isolate used. Sympatric combinations (snail and parasite from the same country) were generally more compatible (higher susceptibility, parasite intensity and snail survival post-exposure) and only the allopatric interaction of French G. truncatula/Cuban F. hepatica attained 100% prevalence and mean intensity over 33 rediae/snail.

Overall, high compatibility in most sympatric combinations compared to low or moderate compatibility in allopatric ones, suggests the existence of local adaptation from a long sustained interaction that has led to high rates of transmission. Interestingly, attempts to infect G. schirazensis with sympatric and allopatric flukes failed and coupled with the lowest survival rates which supposes a low risk of fasciolosis transmission in areas where this is the only snail species. Although there are significant gaps in the actual status of fasciolosis transmission from several islands in the West Indies these results show a permanent risk.

We conclude that fasciolosis transmission is high in areas where the local snail, G. cubensis, occurs, and will be even higher in the presence of the invasive P. columella.