Why do we need your help?

Migratory birds undertake long journeys throughout the world, according to the seasons, and human beings have always been fascinated by their migrations.

Every autumn, millions of birds fly south to spend the winter in more temperate places. After being away for months, they fly back the following spring to breed and raise their young.

How do the young inexperienced birds undertake their first migratory flight and know where to go? Is this route coded in their genes or do they learn the route by following the experienced adults?

In an environment that is changing because of human activities, it is vital to understand how quickly migratory birds can adapt their routes, and we need your help to answer that question.

Why is it important to learn more about them?

The degree to which environmental and genetic factors influence the migratory routes of birds enables us to determine how quickly migratory species can adapt their migration to global changes.

While migration is mainly influenced by the genes, birds’ capacity to adapt depends on their genetic variability and generation time. For long-lived species with long generation times, such as the Eurasian Spoonbill, the natural selection of ‘migratory genes’ is a rather slow process.

On the other hand, if juvenile birds learn the route from adults, the adaptation speed should be relatively rapid, because the young birds will not follow inappropriate migratory routes.

In addition to social information, the young birds gain experience about the availability of food and the climatic conditions. Both can influence their decisions to continue their migration or to remain at a resting place, or even to change the direction of their migration, which leads to a more rapid adaptation of the migratory routes.

Project objective and importance for conservation

This project aims to understand the role played by environmental and genetic factors that influence the migratory routes of individual birds, based on the example of the Eurasian Spoonbill (Platalea leucorodia).

This study has helped us to better understand the constraints on and the capacity of spoonbills, and of migratory birds in general, to adjust their migration to the changes in their environment. In addition, monitoring them with colour-coded rings or GPS tags has enabled us to identify the important sites for the species and for other waterbirds throughout their annual cycle.

Why focus on Eurasian Spoonbills?

The Eurasian Spoonbill is a species that has several migratory strategies according to the particular individuals.

Meanwhile, the Dutch population only uses the Atlantic migratory route. However, while some individual birds make short migrations to France, others winter in the Iberian Peninsula, and a large group winters in an area at the border between Mauritania and Senegal.

Long-term monitoring and censuses of these two populations have been carried out for many years using coloured rings (see our project). The Tour du Valat and its partners track young spoonbills during their first migration, by using a code unique to each bird that is located on a PVC ring visible from 300 metres with a telescope.

Please submit your sightings of ringed birds to Thomas Blanchon at the Tour du Valat (e-mail).

In addition to the PVC rings, innovative GPS/GSM transmitters are also being placed on juveniles. These tags record a GPS location every ten minutes, as well as the behaviour of individual birds based on accelerometer data.

Such tags were placed on juveniles in the Netherlands and in the Camargue, two populations characterised by different levels of variation in terms of migration distances and directions.

The juveniles equipped with GPS tags can be monitored on line. Birdwatchers can then go observe the bird in the field, but only if access to the area is legally permitted and there is no risk of disturbing the fauna or the flora. Spoonbills often use fragile and protected habitats and can be easily disturbed by the presence of people.

If the conditions are right, you can then gather information on the social environment of the birds, which is essential for our study.

Click on the maps above to track the spoonbills equipped with a GPS tag in the Camargue (left) and in the Netherlands (right). You can also download the Animal Tracker application.

If you sight a Eurasian Spoonbill with a GPS tag on its back, please send us the following information:

Information on the group

Information on the habitat in which you observe the bird is also important:

You can enter your observations on this page, or send them to Jocelyn Champagnon (e-mail) or Tamar Lok (e-mail).

See the newsletter The Eurasian Spoonbill: an emblematic species in Mediterranean wetlands 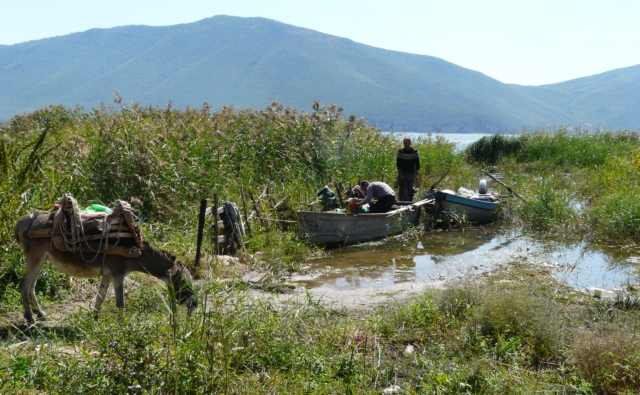 Biodiversity: 17 species of European plants believed to be extinct recovered 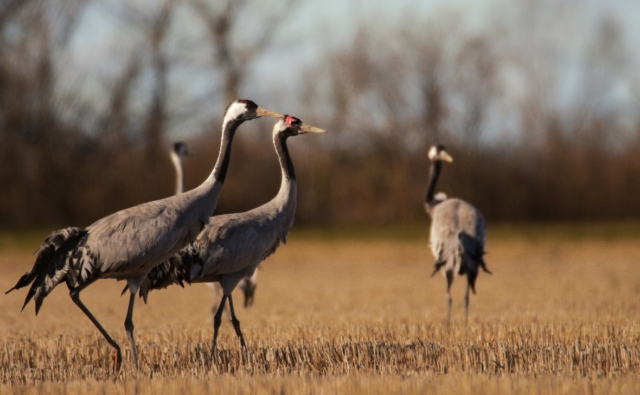 Always more cranes in the Camargue