The Tour du Valat Estate covers a total area of 2649 ha in two different geographical areas located in the Camargue:

The Tour du Valat Estate itself covers 2548 ha, 1845 ha of which are listed as a regional nature reserve.

Here you can find natural habitats that are typical of the Camargue, including rare and threatened habitats such as temporary marshes and fossil dunes, as well as large expanses of sansouires (halophilous steppes).

The fauna and flora adapted to these habitats are remarkable, including 590 plant species (some twenty of which have protected status), over 300 bird species (out of a total of approximately 450 species in metropolitan France), and more than 1600 invertebrate species.

The management principles practiced on the Estate consist in:

Extensive monitoring and numerous inventories of the natural heritage are conducted on a regular basis, including the mapping of vegetation, floristic surveys, and waterbird and mammal censuses. The Estate team makes sure that the regulations governing the natural reserve are respected and that the hydraulic infrastructure remains in good shape to enable the wise management of the 640 hectares of marshes in a way that ensures the optimal conditions for maintaining biodiversity.

Our programmes aim to improve our understanding of the functioning of habitats and species in relation to human activities. The goal is to draw lessons from them in order to maintain biodiversity, optimize management practices, fight undesirable species, and restore damaged habitats. We capitalize on our results by providing assistance for the management of other sites, creating management plans, and participating in technical networks and economic initiatives, such as agro-environmental measures.

Traditionally, the pastures at the Tour du Valat were used by horses, sheep, and bulls. In 1994, the Tour du Valat created its own open range livestock activities for purebred Camargue bulls and horses, which graze on 1200 hectares of natural habitats. There are currently approximately 350 bulls and 20 horses in this livestock breeding programme, which in turn contributes to the research carried out by our scientific teams, particularly in terms of the impacts of grazing.

The livestock herding activities on our Estate are self-financed and respectful of the environment and comply with organic farming standards, as well as the Protected Designation of Origin (PDO) “Camargue bull” specifications. The herds of four ranchers graze on 1000 ha of the Estate. In 2016, the livestock that grazed on the site amounted to 450 heads of cattle and 70 horses.

Other fields are also used for growing organic rice, wheat, and hay in a traditional crop rotation cycle in the Camargue.

Hunting is also a well-established practice on the Estate, which is organised based on innovative regulations:

• To prevent lead poisoning in ducks, which could then have repercussions on the entire food chain, including humans, traditional lead shot has been forbidden since 1994, and must be replaced by alternative tungsten or steel shot. The game registers are kept with precise information, including the number of outings and game bagged, in order to provide accurate statistical data that can be exploited in the framework of scientific studies;

• The Tour du Valat hunting group includes about twenty present and past employees, who hunt on about 25% of the site;

• The Tour du Valat also participates actively in the local effort to regulate the wild boar population by organising hunting outings (to which many local hunters are invited), shooting them to protect crops, with bow hunting in the more fragile areas (the central part of the Regional Nature Reserve).

Since July 2008, 1,845 ha have been listed as a Regional Nature Reserve (see the French Nature Reserves site), so as to preserve the habitats and the highly diverse fauna and flora, which are constantly changing from year to year according to climate conditions.

Starting in 1986, the Tour du Valat drew up one of the first nature reserve management plans in France. Since then it has been updated every five years, with new goals and the means defined for achieving them.

The 2016-2020 management plan was once again innovative with the application of the Open Standards for Conservation for the first time ever in France. Based on this experience, the methodology was subsequently applied by other French nature reserves.

The major management orientations make a distinction between what falls within the scope of natural heritage conservation, insisting on the naturalness and functions of characteristic Camargue habitats, and what results from the development of activities compatible with nature conservation, such as the major role played by the site for science (for management experimentations, protocol testing, and more), the agricultural and hunting activities, and the utilisation of the Estate to demonstrate Tour du Valat activities (showcase, knowledge transfer, welcoming the public and partners, and so on).

The experience we acquire in terms of our management plan is transferred to other sites in the Camargue and throughout the Mediterranean. 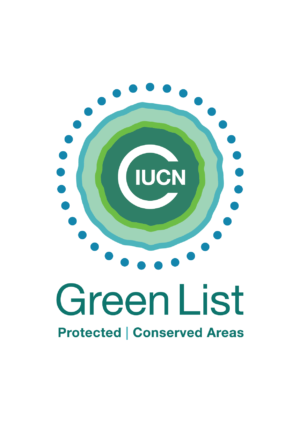 The International Union for Conservation of Nature (IUCN) has admitted the Tour du Valat Estate to the IUCN Green List of Protected and Conserved Areas, the global standard recognising the best-managed sites on the planet.

Seven of the 2021 certified Green List sites are in France, increasing the country’s total to 22, the highest number in the world to date. The IUCN Green List now counts 59 sites in 16 countries around the world and the Tour du Valat Estate is now part of it.