What role for new technologies?

A naturalist data collection system for the Camargue–Crau–Alpilles area, originally created by and for the Tour du Valat, will be rolled out on the Internet by the end of the year. Anybody who wishes will thus be able to enhance our understanding of biodiversity. Innovations scheduled for 2011 will focus on setting up links with existing complementary tools, such as Observatoire Naturaliste des Ecosystèmes Méditerranéens (ONEM – France) surveys and the Faune-PACA (Provence-Alpes-Côte d’Azur wildlife) website. 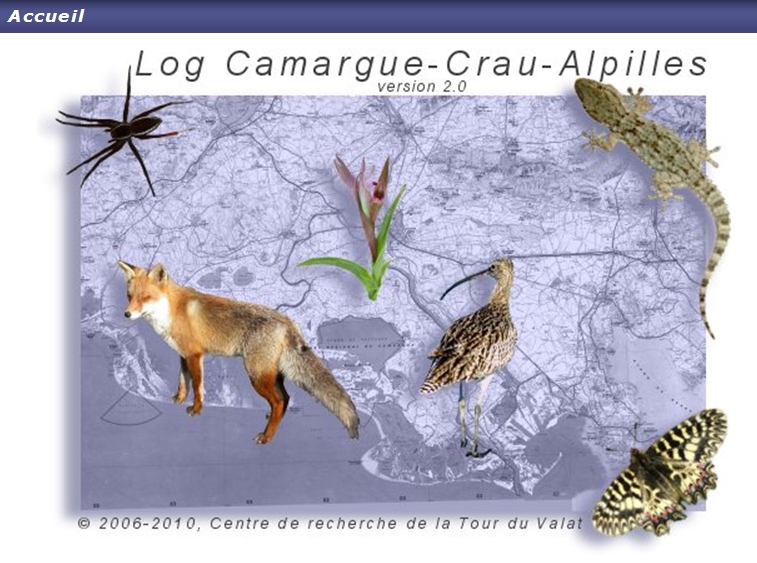 For more than fifty years, the Tour du Valat has had a mission to gather ornithological observations from both its own staff and visiting naturalists. Over the years, a unique bird database has thus been compiled, which was quickly expanded to include other groups of plants, insects, reptiles, amphibians and mammals.

With a view to centralising, standardising, securing and spatialising the hundreds of thousands of data items collected, and reducing the time needed to manage and analyse them in the long-term, a tool was developed for Tour de Valat staff covering 5,400 km² of the Camargue, Alpilles and Crau area. The tool enables interactive data entry of species observations, divided into 6 taxonomical groups: flora, spiders, insects, amphibians and reptiles, birds and mammals. After three years in operation, some 15,000 observations have now been incorporated in this way.

The data collected can be considered to fall within the general scope of a movement referred to as public science programmes. These programmes are increasingly popular as they make it possible not only to gather broad-based data sets covering vast geographical areas, but also to provide answers to questions posed by scientists examining the impact of global changes on biodiversity, and to create ties between citizens, science and nature and involve them directly in conservation efforts.

Aiming to benefit from the rise of the Internet and public awareness of environmental issues, the challenge now is for this tool to become a public science portal in the service of biodiversity. This aspect has been incorporated into the second version, which includes a function for managing species and community tracking protocols which will, amongst other things, enlarge the range of observations included – currently restricted to rare species – and broaden the panel of potential users.

This new version is currently being tested in-house and will be accessible to all on the Internet by the end of the year.

The tool was initially developed to meet the specific internal needs of the Tour du Valat. In order to expand tracking to include more species and better record the observations of visiting naturalists, the initial concept has evolved into a tool accessible to all via the Internet.

Work undertaken during 2010 was therefore focused on user-friendliness and speed. Aside from this critical area, numerous further improvements were made and an additional 4 taxonomic groups were added to the tool: myriapodes, molluscs, crustaceans and fish. Financed by a grant from the French Ecology Ministry, a software developer worked for seven months on the interface used to query the database. This feature enables results to be aggregated, exported, mapped or displayed as lists, and also allows users to save their search criteria so as to speed up future searches.

There are currently other ways for entering naturalists’ observations online. Although they may have different functionalities and objectives, work still needs to be done for these various complementary tools to be able to communicate with one another. This is essential for preventing observers from having to enter their data several times, in each observation system. This notion of inter-system communication also works in the other direction, enabling any one tool to display search results from different databases. This is the basis for ongoing discussions between ONEM and LPO PACA (regional branch of the Birds Protection League) covering exchanges with its faune-paca.org website (consulter la brève sur ce sujet ? faire le lien vers l’Initiative « faune paca »).

The priority for 2011 will therefore be to focus on extending the interoperability of the tools, studying the various options, their feasibility and development, and expanding the list of potential partner systems.